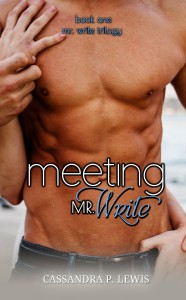 Rosie Alvez is a romance writer with writers block…

Well she has just been dumped…On her wedding day!

Jackson James is a travel writer, and the perpetual bachelor…

He has absolutely no intention of ever settling down. Why would he? He’s living the life he’s always dreamed of. A different beautiful woman in his bed each night, a different incredible destination each week, he didn’t even realise there was anything missing.

Until he met Rosie…

After a chance meeting, Jackson sets his sights on Rosie, much to her annoyance. She might be attracted to him, but can’t stand him!

While the two search for inspiration in Thailand, a romance blossoms, but it’s a rocky road. Rosie needs to be loved, but struggles to trust it. Jackson wants to give in, but is terrified of his strong feelings for the fiery redhead.
Product Details
Print Length: 163 pages
Page Numbers Source ISBN: 1501048201
Publisher: Limitless Publishing LLC (September 16, 2014)
Language: English
ASIN: B00NF6TMBE

First I want to say that I’ve stumbled upon Cassandra P. Lewis somehow through Twitter, announcing the book is a freebie in the Kindle store. She won me over with her eagerness and since the story sounded interesting and I wanted to give it a shot. The cover makes me cringe, though, I am not a fan, at all, and if I was judging it by the cover I’d never have picked it up!

She wrote a good book. It lacked in some departments, and felt more like a first draft – amateurish writing, heavily unedited, a lot of never-ending sentences, and the dialogue could have used work, but all in all it was an okay read and I can tell that Cassandra P. Lewis has a talent for story telling. The story is thought through and while parts of it were unrealistic, but overall it’s a cute love story with a satisfying ending.

She does create an array of interesting characters that all bring something to the story, Rosie’s best friend Pippa and her brother Rafe especially. Even Michael, Rosie’s controlling, dull ex-fiancee.
Both Rosie and Jackson are somewhat contradictory to themselves but I won’t hold it against the author as I’ve seen it done before by authors with more experience and credit. There is obvious chemistry between the two main characters, and I’d also say that the author succeeded in giving them different voices in alternating POV. I’m glad to say that the story wasn’t as predictable as stories like these usually are. Jackson does something I wouldn’t expect in a sugary story as this, and then Rosie does something I didn’t expect, either.

Speaking of which, Rosie is so great. She is strong and whatever happens she doesn’t really let it bring her down for too long. I loved her romance-author side, she tries to see love in everything. After the betrayal she picks herself up and moves on with her life, and doesn’t endlessly mope around.
Jackson is a commitment-phobe and stays true to his character until the very end. I liked that a lot. I also found his issue to not be as…as big deal as he was making it out to be, but I guess it was to him.

So yeah, I’d say there’s more to this indie author than I expected. Like I said, I was won over by her enthusiasm in her tweets, but I’d say even without that I’d like this story enough to give it this three star rating. I’m glad I have it a chance. Keep writing, Cassandra Lewis, I’m looking forward to seeing what you come up with next!