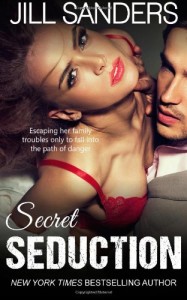 To Katie life was simple. She wanted a little house in upper Boston, and four kids fathered by her best friend Jason, who she’s been infatuated with since she was eight. After a devastating family secret is exposed, all she wants now is to escape the media hype that follows her everywhere she turns. Leaving her family, friends, and Jason behind, she travels to places she’s only read about, to find a father she’s never known. Jason is on a mission and he’s come halfway around the world to complete it. Despite his feelings for Katie, he won’t let her resistance deter him, even if it means she’ll never trust him again. As their world spirals out of control, their relationship will be tested and changed forever. If he can keep them alive and out of harm’s way, he may have a chance to make everything righ
Product Details
Series: Secret Series
Paperback: 220 pages
Publisher: CreateSpace Independent Publishing Platform (August 1, 2013)
Language: English
ISBN-10: 1491272325
ISBN-13: 978-1491272329

About The Author
Jill Sanders is the New York Times and USA Today bestselling author of the Pride Series, Secret Series and West Series romance novels. Having sold over 150,000 books within 6 months of her first release, she continues to lure new readers with her sweet and sexy stories. Her books are available in every English speaking country and are now being translated to 6 different languages, and recorded for audiobook.

Born as an identical twin to a large family, she was raised in the Pacific Northwest, later relocating to Colorado for college and a successful IT career before discovering her talent as a writer. She now makes her home along the emerald cost in Florida where she enjoys the beach, hiking, swimming, wine-tasting, and of course writing.
REVIEW:
This was a fast-paced fun and sexy adventure. Sanders brings us right into the action from the word Go with this one. I did enjoy the flashbacks to the childhood relationship between the two characters, building their history as we are whisked along on this high-stakes ride. The chemistry was undeniable, and the plot was intriguing. While I enjoyed learning about their history through the flashbacks, I think I would have preferred an actual scene depicting their relationship at the point of the kiss at the party right before she gets the call from her mother that changes her life. I would have liked to actually experience the dynamic between them at this point in their relationship, rather than hearing it also in flashback mode. I think I might have rooted for them more as a couple in the beginning if I’d experienced this interaction first hand. It took me a little while to warm up to the characters, to feel for them and empathize with them because we were thrust right into the action before we got to know them. However by the mid-point I was definitely captivated and very entertained. I really liked the way the ending eluded to the culprit behind the kidnapping and hinted at more trouble to come. I’m definitely curious to read the next installment. Well done!